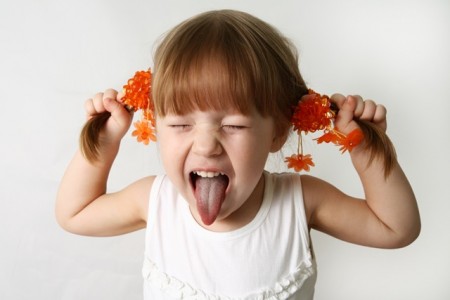 How do children make you feel?

This morning I was skimming through another blog I stumbled upon and a girl had answered a bunch of different contemplative questions and I found the questions and her answers quite interesting.  This is going to go off the beaten path for a second but there was one question that she answered that kind of blew me away.

Question: The children living next door are being horribly abused by their parents. The only way to stop the abuse is to adopt the children and care for them in your home. Would you?

Her Answer: Honestly, NO, plain and simple.

I, honestly can’t imagine anyone saying no to this question but I have also learned a lot more about people by making this blog.  I was hanging out having dinner with a friend the other night and the topic came up of children being abducted and tortured and how it is becoming more and more common.  Both of us shared the sentiments of how disgusting and sick it is for a person to do this to a child.  We talked about the movie Precious and how a person must be very mentally ill if they were to sexually abuse (or abuse in general) a young child (as young as 3 months old).  There is nothing natural or right about that.  I can only believe that someone must have a “mental defect” to think that actions like that are ok or if they find satisfaction in them.

So upon reading this answer I have to admit I was shocked that she outright said no.  I do understand that some people just don’t enjoy children or do not want them but I do not understand how you would not want to protect them.  I am a nanny for twin girls that are 16 months old…these are not my children and I would take a bullet for them in an instant.

I am very undecided about whether or not I want children.  For the longest time I thought I did and then I realized I felt the way that I did because that was the “norm”…what you are supposed to do.  I go back and forth with it all of the time.  I know I have answered this question in a different form in a previous blog entry.  I guess I had to revisit the topic again because of my shock from the woman’s answer above.

I may be undecided on whether I want children or not but I adore them.  I would do anything to protect them, even if they weren’t mine.  The other day I was in Walmart, waiting in the customer service line to pick up my new computer.  Behind me in line was a young girl (I would guess early 20’s) pushing a cart with a stunning blonde headed girl (she was about 14 months old).  The little girl had bright blonde hair pulled into 2 pigtails on the top of her head and big ocean blue eyes.  She was so happy and so excitable.  I turned around and asked how old she was and told the girl I was a nanny for twin girls.  She asked if I had any children and I told her no.  She then asked me if I wanted them and I told her I was undecided.  Ok, let me back up for a minute.  This is not meant to stereotype, but upon first perception this girl appeared to be quite “country” and upon listening to her I don’t believe she was very well-educated.  I formed a snap judgment assuming that she probably wasn’t that great of a parent (no I am not proud of thinking that way).  She looked me square in the eye and said, “You really should have children.  They make everything in your life better.  There is nothing better than having children.”  I immediately got kicked in the ass by making a completely inaccurate assumption.  Now, she may not be parent of the year but her actions in the store (how attentive and loving she was to her daughter and her words) showed me something completely different than I assumed.  I learn quite often that you really cannot judge a book by its cover.  I am sure I will learn this lesson many more times throughout my life.  I was impressed by this young woman and the love she showed for her child.

Unfortunately there are too many cases where parents neglect and harm their children or we read stories (watch the news) of children being abducted and found dead somewhere.  I recently read an article online about a 9 year old girl that died and her mother and grandmother were being charged with manslaughter.  The little girl ate some candy without permission and her punishment was to run until her mother told her she could stop.  The little girl continued running for over 3 hours (on a hot day).  When she reached home she ended up having severe seizures and her heart stopped.  She was unable to be revived.  I can’t wrap my brain around how any parent could think this form of punishment is ok???  My friend that visited me the other night told me of another story where a young boy was found chained up in his house.  He had been pulled out of school to be “home schooled”.  I am unsure of the details of how he was discovered but when he was he was extremely malnourished and weighed significantly below the average for someone his age.  How can someone do that? This is a human being…a human being with your DNA.  You chose to give this child life.

I have encountered so many parents throughout my years that have absolutely no business being parents.  I understand that sometimes pregnancies are unplanned but if you do not want children or do not want the burden you have options.  There are people all over the world that want children and would love them unconditionally and protect them every day of their life.  In my opinion being able to have a child is the greatest gift someone could ever receive.  It is the opportunity to be the best person you possibly can be and use your gift to help shape this person that you have given life to.  Having a child is having the opportunity to make the world a better place by teaching this child solid morals and values.  Why isn’t the world like this?  It seems like such common sense but it is not.  Why have we grown into this society of entitlement—everyone is owed a favor.  I believe when you have a child that is your opportunity to start over and to start fresh.  If you did not have the best life then you are able to make sure that the same does not happen to your child.  I believe a child/children should change you….it is an opportunity that should make you a better person.  I am not a parent so maybe I have no leg to stand on.  Maybe my opinion doesn’t count.  I know how I feel when I am around children though.  I know that children are innocent and deserve a fair shot at life.  I know that children are like sponges and absorb and mimic everything that they see and hear.  Why would you not try to expose them to all of the positive things in life?  As a parent, how could you possibly look at your child and not feel a love from deep within yourself?  I keep thinking back to when I worked as a Parent Educator and I witnessed a mother telling her 3 year old son that he was a mistake and she wished she never had him.  I never thought I would hear or see anything like that in my life.  I always knew that people like that existed but I never thought in my life I would have so many first-hand encounters with mothers and fathers that were always putting themselves before their children and treating their children like they were nothing but an inconvenience.  I wanted to scream at these parents when I saw them act like this and tell them to get their shit together.  I never did though because I knew that method would be pointless.

I admit I do fear having children partially because of the direction I see the world going.  I know that children need to experience hardships in order to build confidence and strength but we are living in a day in age where children need to be wearing protective armor.  Bullying is becoming this commonplace in school’s nowadays….what is it going to be like in 15 years???  Maybe it won’t be as bad…maybe it will be way worse.  When I finally make my decision about children, I do not want fear to be the reason that I choose not to have them.  I know I would be a mother that would love her children until the end of time and teach them everything I possibly could.  I believe I would raise compassionate and kind children.  I have chosen to work in the fields that I have because of my love for children.  I love the innocence in their eyes and the curiosity they have toward everything.

I have rambled all over the place in this entry.  I guess it just struck a chord with me when I read about the woman that would not adopt the children I mentioned above.  I love my life of independence.  I love being able to go where I want when I want and having no one to answer to or no one to bring with me.  With this being said though, if a child were to be brought into my life (under any sort of circumstances) I would do right by them and make sure they had the best life I could provide for them.  To me, it just seems like the only choice…the right thing to do!

Both of these books have a somber tone but are good reads on the topic if you would like to check them out: