What are some historical moments in history that have made an impact on you?

In 1967, Katherine Switzer was the first woman to run the Boston marathon. After realizing that a woman was running, race organizer Jock Semple went after Switzer shouting, “Get the hell out of my race and give me those numbers.” However, Switzer’s boyfriend and other male runners provided a protective shield during the entire marathon.  The photographs taken of the incident made world headlines, and Kathrine later won the NYC marathon with a time of 3:07:29.

The current global generation’s “JFK moment” took place on a Tuesday morning, when Islamic extremists indoctrinated (brainwashed) by Osama bin Laden hijacked 4 commercial passenger jets and deliberately flew them into major American landmarks. Their sole intent was indiscriminate mass murder, for the purpose of causing as much physical, emotional, mental, psychological and financial harm on America as they possibly could. Their motives were, and still are, convoluted, complicated, and completely spurious. America is not the Great Satan some in the Middle East have made it out to be.

The plane crashes instigated a decade-long, ongoing “war on terror,” and played a substantial role in the global economic downturn. These crimes’ most important aspect on American, and in this case global, history is a permanent end to “hijackings for ransom.” Ransoms are what the innocent passengers in the four planes expected would be demanded, requiring the planes to land peacefully, and then boarded by military force. This why no one fought back against the terrorists until word reached the fourth plane that three others had been hijacked and deliberately turned into weapons.

The terrorists had no intention of ransoming innocent people, but were resigned to what they were taught would be a glorious martyrdom, by killing American citizens. The fourth plane was probably destined for the U. S. Capitol building in Washington, D. C., but the nation’s last line of defense succeeded in saving the icon and a worse loss of life, at the cost of its passengers’ own martyrdom.

Today, the entire world can rest assured that never again will an American airplane be overtaken by anyone for any reason, because no terrorist of any culture or motive can ever again be trusted not to kill himself and innocent bystanders for the goal of entering Heaven. Terrorists can no longer be reasoned with, and thus, the global war against splinter cell terrorism is, from the morning of 9/11/2001 until its end, one of attrition. The terrorists will not stop until there are no terrorists. And now the civilized world knows it. 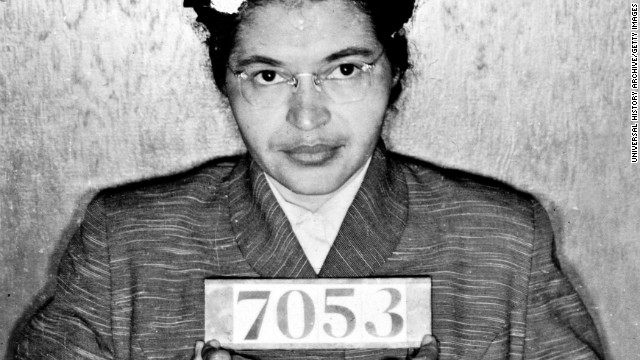 Rosa Parks stood up by sitting down in 1955 on a Montgomery, Alabama, bus. On December 1, 1955, she was arrested for refusing to give her seat to a white man, in violation of the city’s racial segregation ordinances. Her arrest sparked a boycott that lasted a year and ended with the Supreme Court declaring the segregated seating unconstitutional. The boycott is commonly considered the spark that ignited the U.S. civil rights movement, and she became known as the “mother of the civil rights movement.” 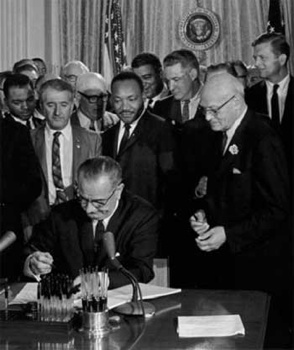 The text of the bill was simple and straightforward: “No person in the United States shall on grounds of race, color, or national origin, be excluded from participation in, be denied the benefits of or be subjected to discrimination under any program or activity receiving federal financial assistance.” Overnight, it became illegal to force segregation in schools, workplaces, and housing. Racial discrimination wasn’t dead, but it was dying. The addition of “sex” as a protected category was added by a southern legislator in the hopes that Democrats relying heavily on support from labor unions would defeat the bill. Unexpectedly, the bill gave women’s rights advocates additional ammunition.